The Dark Side of Influencing: Following the Hype House 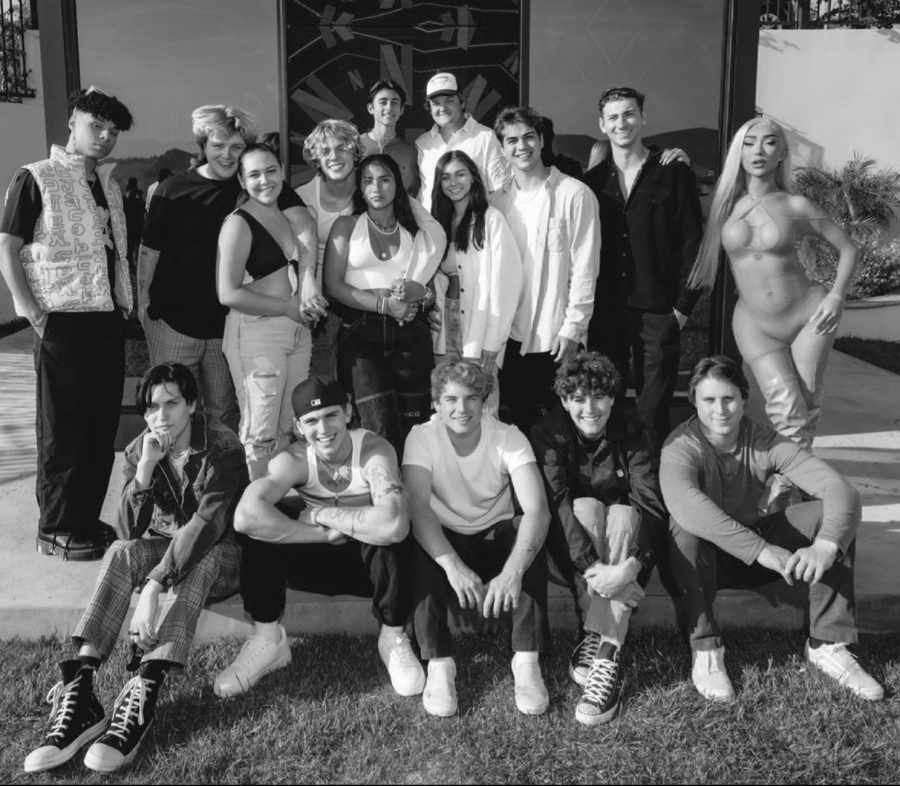 Hype House gives a glance into the lives of your favorite “influencers” living in the renowned content house.

It’s a sunny day, palm trees sway, and a beautiful mansion stands alone in Moorpark, California; this is the setting for Netflix’s new reality series. Hype House gives a glance into the lives of your favorite “influencers” living in the renowned content house. Founded in 2019 by influencers Thomas Petrou, Kouvr Annon, Chase Hudson, Alex Warren, and Daisy Keech, the Hype House is a collaborative content house made up of teenage TikTok personalities.

The house has changed since it first opened. Aside from it’s new locations which split between the main location in Moorpark and Chase Hudson’s mansion in Encino, the overall mood of the house was noticeably shifted in the series. This is partly due to the departure of many members.

“We were like a family… It was so much fun just creating content every day, and now times have changed,” said Thomas Petrou, the manager and self proclaimed “dad” of the house, while recalling his departed friends.

The once cheer-filled presence of the Hype House seems duller, with many of the remaining members revealing they have lost passion for what they do. The house is falling behind on their brand deals — their means of living — in the five million dollar mansion rent-free, and Thomas Petrou weighs the option of closing the house for good.

Though they live in a mansion rent-free and have more sports cars than countable, creators living in the Hype House don’t seem to be having any fun.

In fact, they seem miserable. But why? What happens when the vlogs stop filming and the TikTok videos stop rolling? Behind all of the backflips and Bang Energy videos is a dark side to influencing.

During the series, Alex Warren struggles to produce new content.

“Recently, in the last month or two, my numbers have been going down,” he says. “What am I doing wrong, and how can I get those people back?” Warren admitted to spending $50,000-$70,000 a month for his prank videos in hopes of

Staying relevant is crucial to their careers.

“Very literally, social media is a numbers game,” said Warren. “Your money depends on the numbers.”

The expectation to continuously produce satisfactory content is a lot of pressure for young adults, which causes a loss of passion, especially when constantly met with hate and criticism.

An influencer is no stranger to hate and criticism, even if they are a generally well-received creator. Hype House members’ ages range from late teens to early twenties — a very young age to be subjected to such amounts of hate.

“It really takes a toll on your mental health,” said Kouvr Annon.

When Alex Warren and Vinnie Hacker’s prank went wrong due to jealous fans, many were left unsettled. “A lot of fans were very jealous and upset with the girl [Nati] for kissing Vinnie. So they started sending her death threats and her whole world kind of came down from a video that I made,” Warren admitted.

“My worst fear is getting canceled for something I didn’t do,” said Hype House member Larray.

Unless you’re new to the internet, you’ve probably witnessed a celebrity being canceled. From resurfaced tweets to cheating scandals, nothing gets past fans.

With the rise in cancel culture, influencers are being canceled over more insignificant things; in Charli D’Amelio’s case, it was for a leaked video of her vaping. D’Amelio has the highest following on the TikTok app with almost 135 million followers and is a past member of the Hype House and has had her bout with cancel culture “Cancel culture is used as a weapon now, opposed to a means of holding people accountable,” said Alex Warren.

Getting canceled is damaging to a person’s brand and can ruin careers.

“You lose a ton of brand deals and means of income. It truly seems like your whole life is over,” said influencer/beauty guru Nikita Dragun.

“The hardest part about making relationship content is separating the business from the relationship,” said Warren.

He and fellow Hype House member Kouvr Annon have been dating since 2018.

“The line between social media and our relationship definitely blurs,” said Kouvr. Social media’s effect on their relationship is displayed numerous times throughout the series.

In the end, when the cameras stop filming, the lives of influencers living in the Hype House seem pretty depressing. It’s hard to believe that these creators are still teenagers and young adults while being subjected to so much criticism with so much pressure put on their relationships and careers. Hype House is just another example that what you see on the internet isn’t always true.