Critical Race Theory Education: An Ask and an Answer

No matter how much it is weaponized in politics, critical race theory remains an educational gateway towards the truth in America’s legal systems. 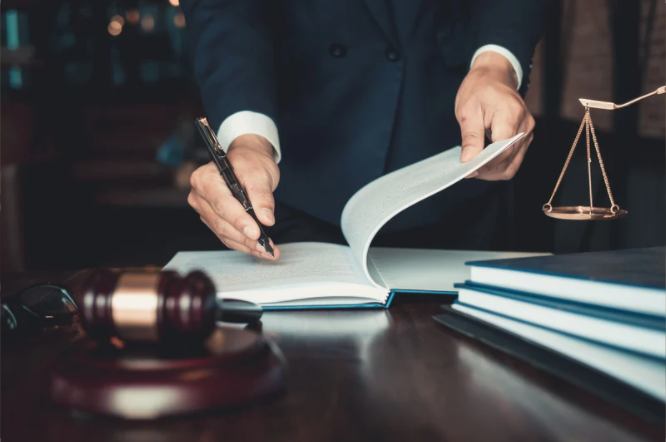 Is it morally wrong to teach the truth about a nation’s history? Most likely not. Is it constitutional to prohibit the teaching of Black history in America? Again, doubtful.

The social construct of race has been swirling in controversy ever since critical race theory first emerged in the U.S. Developed by multiple American scholars, this theory admits to the fact that racism exists in this nation’s legal systems, and that people of color still suffer from oppression.

It shouldn’t be difficult to comprehend, right? The Jim Crow Laws that clouded over southern U.S until the late 1950s can attest to that. The famed Plessy v. Ferguson case is the legal abomination that began the phrase “separate but equal.”

This prompts the question: why is critical race theory so crucial to young American education? The social history of Black Americans is, in reality, half of the American story. Black workers were the core behind the boom of American infrastructure. Long before white American women joined the labor force during World War II, 50% of Black women had already made their debut into the workforce.

Unlike their caucasian counterparts, however, there wasn’t a grand fanfare of their empowerment in the newspapers. Their success and story were swept under the rug, including much of their minuscule wages that never seemed to match the amount of labor they put out.

Stories such as this one can only be revealed through discussions of critical race theory, where the primary focus is on the arbitrary treatment that Black women faced in the American labor force.

By studying the historical roots of American racism, upcoming students and future leaders will be able to look into modern issues, such as an existing racial pay gap.

Despite its importance, however, critical race theory isn’t explicitly taught in K-12 schools at all. The subject is only offered as an official course of study in higher education such as colleges, universities, and graduate schools. Even when CRT studies are available in most colleges, they are still limited to certain disciplines.

Critics such as conservative organization, Heritage Foundation, accused critical race theory as the root to “disruptive issues” such as the 2020 Black Lives Matter protests and LGBTQ+ diversity in school clubs.

In reality, CRT was developed to magnify the effort to understand the peculiarity to systemic racism in America.

Political discourse such as this one further misconstrues CRT as a single educational idea that contains any number of identities. No matter how much it is weaponized in politics, critical race theory remains an educational gateway towards the truth in America’s legal systems.

New Jersey is no stranger to this debate, as a recent legislation has been proposed regarding critical race theory education.

Legislation No. 4166, proposed by senators Michael L. Testa Jr. and Chris Canella, formally restricts the teaching of critical race theory in classrooms. If passed, this law would take effect immediately the next school year.

On the exterior, this bill exudes censorship of historical ethics and even current events. According to the 4166 Legislation, educators are prohibited to discuss that “the rule of law does not exist but instead is a series of power relationships and struggles among racial and other groups.”

The irony that exists in this statement is almost baffling, considering that the rule of American law had consistently been dictated by eurocentric values. American law in its entirety has promoted a social culture in which caucasian males retain so much privilege.

Indeed, this blatancy has become significantly less prominent in American society today, but a more prejudiced one in the early 1900s must still be taught and discussed in the classroom.

Another censored topic that’s dubbed as critical race theory is that “governments should deny to any person within the government’s jurisdiction the equal protection of the law.”

This issue is unnervingly current, which goes hand in hand with another CRT goal: to discuss culturally relevant issues that could account for social injustice in current society. If anything, the murder of George Floyd is a prime example of the American legal system failing to protect one of its own.

Open discussion of this in public schools enables students to learn why and how this is happening in the 21st century. Censorship on this topic largely eliminates a space for inquisitive students to have structured discussions on the realities of the American racial diaspora.

However, it must be noted that the depth of understanding towards critical race theory varies with each type of schooling.

K-12 schools are only exposed to the tip of the iceberg if teachers wish to do so. Exposure to CRT at the K-12 education level will primarily take form in academic debates, or small inclinations to the topic in U.S History courses.

Universities take a much deeper dive into sociology, psychology, and the history behind critical race theory. Students can actively engage in research with other professors or immerse themselves in researching CRT for the college thesis.

Declaring critical race theory in public education as a violation of the law shows not only worrisome censorship, but also a misunderstanding of what this concept truly is.

Its purpose is not to brazenly accuse a certain race of oppressing another. Rather, it’s a continuous quest to understand why certain laws had such a profound impact on racial disparities in America. How did the supposed “objectiveness” of the legal system pass a law such as Plessy v. Ferguson?

Critical race theory education is an attempt to answer such questions with young, fresh minds. So before we blindly take it away, perhaps looking at this concept with sincere empathy and optimism will bring these long-awaited answers to so many Americans.