New changes to the SAT aim to improve student experience

Modern changes, such as an all-digital format and varied question topics, will aim to modernize the SAT. 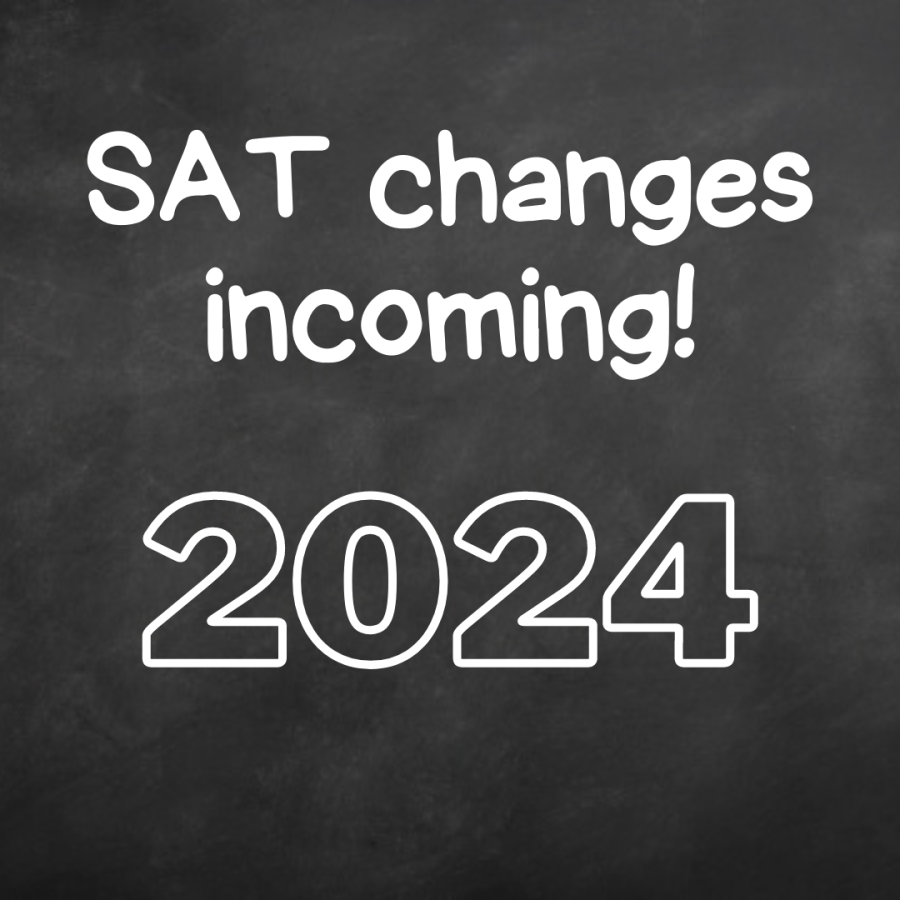 The new changes to the exam will make it a more favorable, more accessible, and less stressful test for students to take.

In 2024, the SAT will be receiving a host of major revisions that aim to bring the long-running standardized test firmly into the 21st century. On January 25th, the College Board, which administers the test, announced the changes on its website.

The headlining change to the SAT is the switch from paper-and-pencil to an all-digital platform, even though students will still be required to take the exam at designated testing centers. Additionally, other changes include a shorter test length (two hours, down from three), calculator usage on both math sections, a revamped reading section that includes a variety of passages with one question each, and a “unique” test for each student.

The College Board is no stranger to revising the SAT; it has a long and storied history of changing the test. As the years go by, the SAT evolves to meet the changing times and to reflect the skills that colleges and universities are searching for in prospective students. Three of the most recent revisions to the test occurred in 1994, 2005, and 2016; they seem to be on an eleven year cycle.

In 1994, antonym questions were removed, reading passages were made longer, open-ended math problems were added, and calculators were introduced. 2005 brought the essay to the test, which reformatted its grading scale from 1600 to 2400, and analogy questions were also removed. In 2016, the essay was made optional (removed in June 2021), and the grading scale was restored to 1600.

With the most recent changes that are set to take effect for international students in 2023, and U.S. students in 2024, student experience and satisfaction seems to be the priority. Mr. Kevin D’Antonio, an English teacher at Eastern, has taught an SAT English prep course for five years, and he offered his opinion on the test’s new individualized changes.

“I think it’s a great idea; I’m interested to see how it shakes out. I think sometimes a lot of things sound really really great, and you build a system to have in place, but when it plays out it doesn’t necessarily go exactly how you want it to at first. Hopefully, it works out the way it’s intended to,” he said.

These user-friendly changes to the SAT come at a time of growing nationwide doubt towards the test’s economic fairness and necessity as an admissions filter in higher education. As a result of the pandemic, a large number of schools have become test-optional, and do not require students to submit SAT scores. In fact, the University of California district, a highly-ranked system of public universities, turned test-blind in 2020; this means that they do not consider SAT or ACT scores in their admissions decisions.

Despite this trend, Mr. D’Antonio values the SAT as more than a demonstration of academic knowledge.

“The things that you are proving about yourself, in doing something like taking a long-form standardized test like the SAT speaks to your dedication to something, and I think that is valuable to schools, in addition to the score” he said.

Even though countless schools have become test-optional, students who submit SAT scores are at more of an advantage than those who do not; in a way, it’s not really an option. If test scores are not considered, then high school grades and GPAs would be some of the primary factors in admissions decisions. However, thousands of people with similar grades (in different classes, curriculums, schools, economic circumstances, etc.) are very difficult to choose between.

This is where the SAT comes into play; it is a standard tool for judging millions of students against one another.

Mr. Tim Hassall, an English teacher at Voorhees Middle School, has taught the HASSSAT SAT prep course for seventeen years. He feels that the SAT is important for students, but that the admissions process will likely never be fair for everyone.

“It is a useful tool, it’s just one of those things — will it always be fair? No, but then you can get philosophical about it. [For example,] This kid didn’t go to a good school; how do you account for that in the GPA if he didn’t go to high school at Eastern? Now what? You went to Eastern; you went to a really good public high school; you have an advantage over a kid who went to a lesser public high school maybe just a few miles away. It’s a never-ending thing,” he said.

The SAT might not be favored among students in the admissions process, but without it, the alternative might be worse. The new changes to the exam will make it a more favorable, more accessible, and less stressful test for students to take. Going forward, the changes might contribute towards more of a level playing field for students everywhere.

“It’s [The SAT is] something that everyone has to do,” Hassall said. “It’s kind of a rite of passage, and I doubt it’ll go away anytime soon.”