A Leos Guide To: The Air Signs 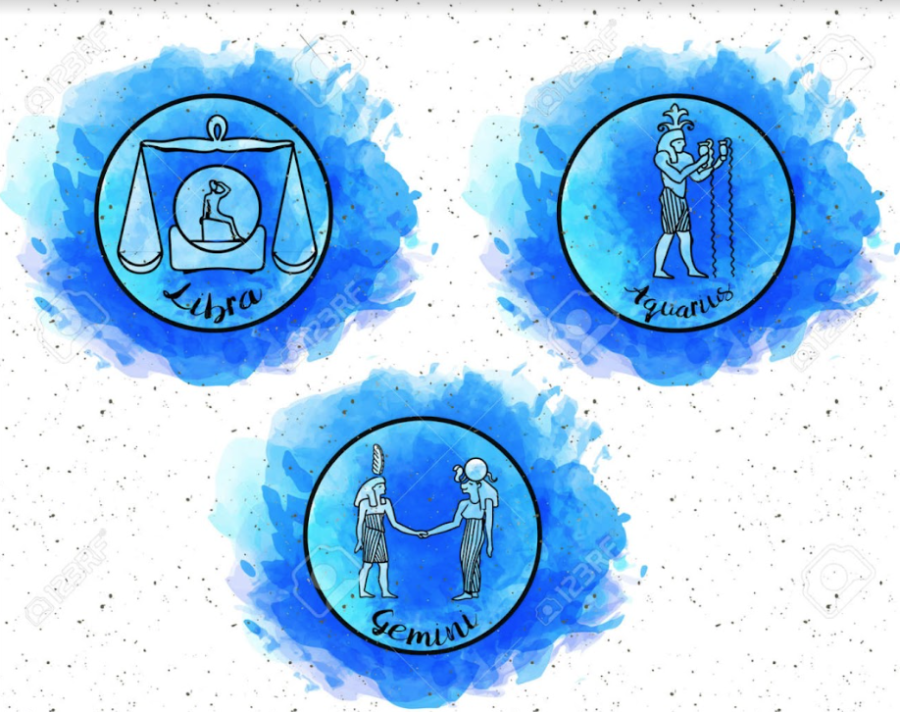 In the last edition of the Zodiac series, the characteristics & compatibilities of the air signs are revealed.

The air signs, the last three out of the twelve zodiac signs. They consist of Libra, Aquarius and Gemini. Air signs are very witty and stubborn people. The air signs are laid back and natural leaders and they usually have a hard time staying in one place for too long. All three signs are the thinkers and communicators of the zodiac signs. They focus on ideas and achievements, and their easy going state of mind helps them make decisions.

Libra season, or the peak of autumn, starts on September 22 and it ends a month later on October 23. Libras are also known as the scales, so it makes sense that they are known for craving balance and being well-balanced. Even though Libras love balance, they are very indecisive. They want to avoid conflict at any cost and they tend to put others before themselves all the time in order to avoid conflict. Libras are the cardinals of the air signs. The other cardinals are Capricorn, Aries and Cancer; they are referred to as the leaders and the one with the ideas.

Aquarius is the rarest zodiac sign to have due to the fact that the season is the shortest, it’s from January 20th to February 18th. Despite Aquarius being the water bearer they are not a water sign, they are an air sign. Aquarius is the fixed sign of the air signs. This means they are free-spirited but can also be very type-a people. Aquarius aren’t very detached from their emotions but they don’t show their emotions very often. They are known for being very loyal people and always being there for everyone regardless if you’re friends with them or not. Aquarius are also very independent and rebellious, you can count on them for anything and they are down to do anything.

The twins, or the sign Gemini, lasts from May 21st to June 21st. Gemini is known to be two-faced due to the fact that they are known as the twins, although that is not always true. The Geminis are the mutable sign, they are very good with change and are very capable. Geminis might struggle with anxiety and trust issues and be a bit guarded. Although they struggle with these, they are also flexible, social people and it can feel like there is never a dull moment when they are around.

The air signs are a few of the most stubborn people, but they are also the most laid back people. Although they come off as laid back, sometimes they aren’t as calm as they want to be and tend to put a lot of pressure on themselves to seem calm and like they have their lives together. They have trouble realizing it’s ok not to be perfect, so let your local air sign know that it’s ok not to be perfect all the time.