“The Batman” Review: Overhyped or Original? 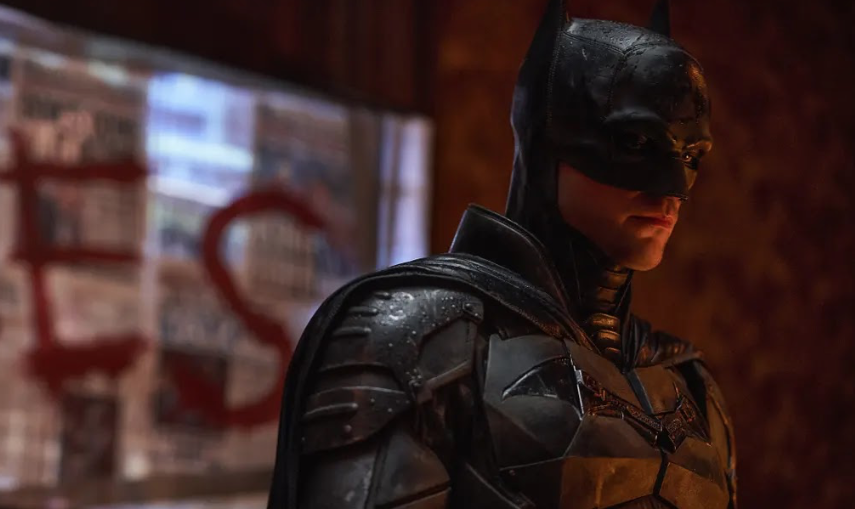 Walking into theaters to see The Batman, I wasn’t sure what to think. A three-hour Batman reboot starring Robert Pattinson, who is most famous for a romance movie about vampires and werewolves? He seemed like a very unlikely choice to play such an iconic character. There was also the fact that the only other Batman movie I had seen was The Lego Batman Movie, so I didn’t have much of a perspective on the Batman character and the universe of Gotham. However, this film surpassed all expectations I had for it, and was a great introduction to the world of Gotham as a new viewer.

The Batman was captivating and unlike any superhero film I had seen previously. While it did have many elements of a traditional action film, The Batman felt like something more in the mystery genre. The film followed Batman tracking down The Riddler in order to stop his trail of crime and bring justice to Gotham. Although the film was three hours, it felt much shorter, and kept me invested and on the edge of my seat throughout the whole runtime.

Robert Pattinson’s performance as the titular character of The Batman was amazing! He was able to give off the angst that the Batman character is so known for, while showing the trauma he faced as Bruce Wayne after losing his parents at a young age. He was also a very comic accurate Batman according to many die-hard fans of the franchise, who liked The Batman’s incorporation of Batman’s detective skills in his pursuit of the Riddler. This role also showed Pattinson’s range as an actor, being able to branch out from his previous roles and become a character utterly different than any he had played before.

Zoë Kravitz’s performance as Catwoman was amazing, and was a highlight of The Batman. She was able to embody the character with such wit and grace, and her performance was one of the best in the film. Her and Pattinson had such great chemistry as Batman and Catwoman, and portrayed the two characters’ relationship in a way that felt very intimate and real.

Paul Dano’s take on the Riddler was terrifying, and created the stakes that kept the film rolling. His character unnerved me, and seemed like a person who was truly unhinged. Dano’s Riddler made it clear that he was no joke(pun intended) and was one of the best comic book villains I have ever seen portrayed in a superhero film.

The cinematography of The Batman was beautiful. Every scene truly captured the essence of Pattinson’s character and Gotham itself and each shot felt like a work of art.

The soundtrack of The Batman was incredible. Nirvana’s Something In The Way, played at the beginning and end of the film, captured the angst of Bruce Wayne and Batman, and will forever be the song I associate with The Batman. The score was also excellent, bringing each scene and character in The Batman to life.

Overall, The Batman was an excellent film for fans of the franchise and newcomers alike. The cast reinvented their characters, the plot kept me invested, the cinematography brought Gotham to life, and the score was the glue that brought the film together. It was an amazing film, and I would highly recommend it.