The new faces of ETV News 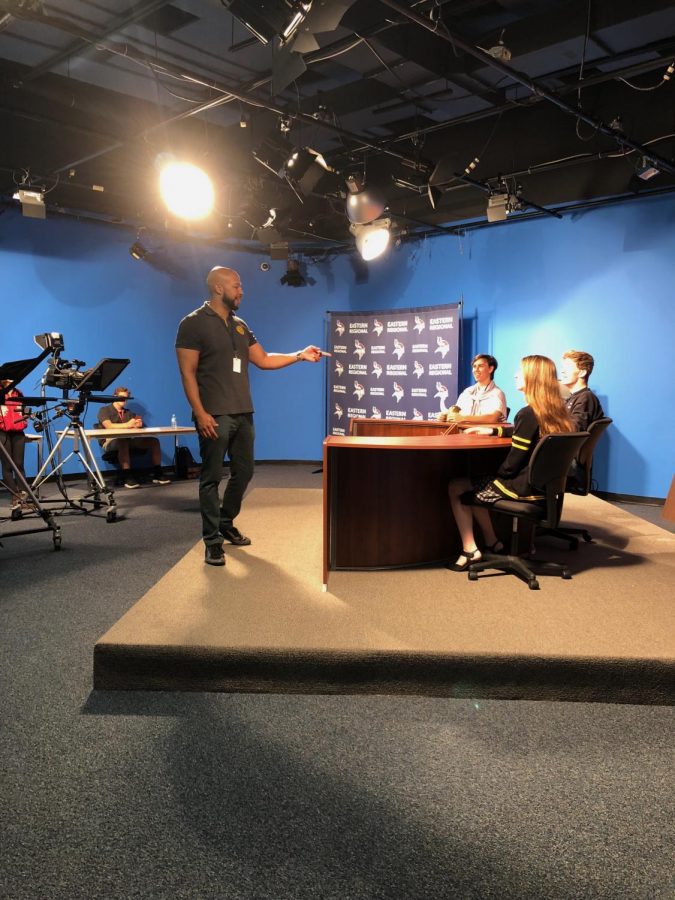 “All of our seniors graduated. It’s like starting from scratch,” said Mr. Holmes who manages ETV News and teaches TV Media here at Eastern. “The cast and I are very excited about the changes. I have very committed students that are in here everyday Lunch A,” he continued.

There are also new cast members behind the scenes, half of which are students of Holmes. They are better trained and more experienced with all the technology used to run ETV News.

There was brand new lighting installed, a brand new TriCaster was purchased which creates new effects and video switching, new furniture, a new carpeted stage, and LED lights that will be installed between now and Christmas. “Very few schools have this kind of professional equipment,” said Holmes. “I want to make it as close to broadcast journalism as I can.”

With new changes comes new ideas. “This group is going to be doing a lot of themes, and they have lots of new ideas,” Holmes said.

The cast wants to expand their reach and send reporters to interview students at lunch about certain topics. They would like to cover more clubs and sports. The cast wants to add teacher spotlights and more behind the scenes. Mr. Holmes said, “We want to expose, in a positive light, all the aspects of the school.”