On the stage with Melanie Ervin

“I saw my first show when I was like three,” said Ervin. “And it just kind of clicked. 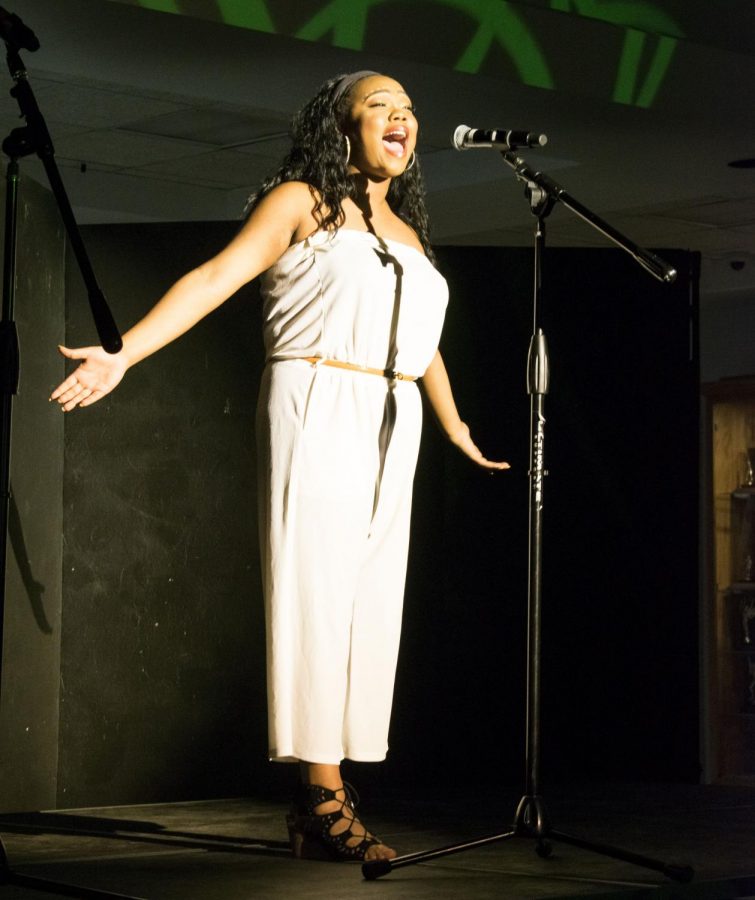 As the stage lights settle on the actresses, sophomore Melanie Ervin can be seen singing her way across the stage. A passionate actress, Melanie masters her material and when the curtain rises, so does her talent.

Just 15 years old, Ervin has been in over thirteen shows in just 8 years of acting. Since sixth grade, she’s been doing theater. Her first play was a villager in Shrek at VMS.

Each performance has enhanced her love for acting and singing. “I saw my first show when I was like three,” said Ervin. “And it just kind of clicked. I feel useless when I’m not in a show because I can’t imagine myself doing anything else.”

Ervin found her passion at three and she’s looking forward to it in her future. She hopes to be a graduate of The American Musical and Dramatic Academy (AMDA) and participate in at least one Broadway show by 25.

Her Eastern mentors have helped her evolve in her performing. One mentor, Janette Fisher, graduate of 2018, helped Ervin adapt to theater in high school.

They met during a performance of Sister Act and Ervin noticed their similarities. She’s been an inspiration to Erin. “I just really look up to her and hope to be more like her.” said Ervin, “She’s so awesome, sweet and talented and she kind of looked out for me.”

With classes including choir, Intro to Music Theory, and Page to Stage, Ervin has continued to grow in her acting and singing abilities. She says she struggles with underestimating herself and doesn’t always work to her full potential.

If Ervin could choose one show for Eastern to perform, she would choose Rent, saying that “it tells a really good story and has a really good message. Also not many people have seen it.” She also added that her dream roll would be Mimi in Rent because she is fierce and the person she wishes to be someday.

Melanie Ervin is in the featured ensemble of Music Man and performances start on March 21st.

Although Ervin must take on a new character with every play or musical she does, the stage is where she’s comfortable and her own personality really shines.