“I like to think that I’ve helped by creating an attitude of excellence within the musical and theater program, by presenting that out to the community.” 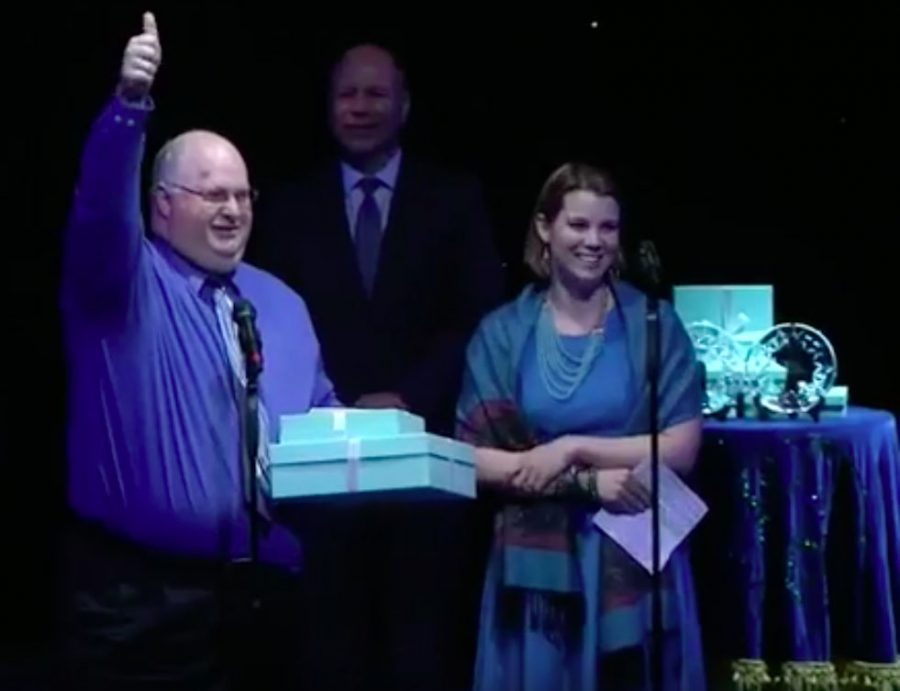 You come home to a week of lessons to plan for your high school physics class. In addition to your lessons, you have a full scale musical production to put together, a family to raise, and a doctorate to earn. Dr. Gregg Molotsky is one hard working teacher, director, father, and student.

Having been interested in theater from a young age, Molotsky laughs when reminiscing upon his first theater experience. “I think it’s indicative that maybe, perhaps, I was going to become a director.” He later described how his parents had taken him to a production of “Fiddler on the Roof”, and a four year old Molotsky had a few directorial comments of his own he wished to share with the director.

Molotsky initially pursued his passion for directing when he was chosen to direct his Freshman class One Act play. “Nobody else wanted the good job because they didn’t really understand what it entailed”, Molotsky stated.

Molotsky majored in Astronomy and Physics at the University of Virginia. After college, Molotsky decided he wanted to teach. He was lucky enough to discover that the University of Pennsylvania offered a program which allowed you to earn an education degree after majoring in other things in college.

Upon earning his doctorate, Molotsky explained that in order to manage all of his jobs, he took part time post graduate classes online. “It takes lots of work,” he chuckled. “It is incredibly rewarding but demanding” he said.

He pointed at the sense that there are reflections between directing and teaching. Teaching is objective, as opposed to the physical truth of a character, and how it needs the other characters in the scene.

He compared Eastern as a whole to other schools’ academic and theatrical programs. Although it is clear that Eastern excels in academics, Molotsky mentioned that Eastern is much more supportive of its arts program than any other school. The Viking Art award is a prime example of how Eastern commend students with gifted artistic ability. “I like to think that I’ve helped by creating an attitude of excellence within the musical and theater program, by presenting that out to the community.”