“Not being able to dance every day,” Rinaldi said, “is something I wouldn’t be able to do.” 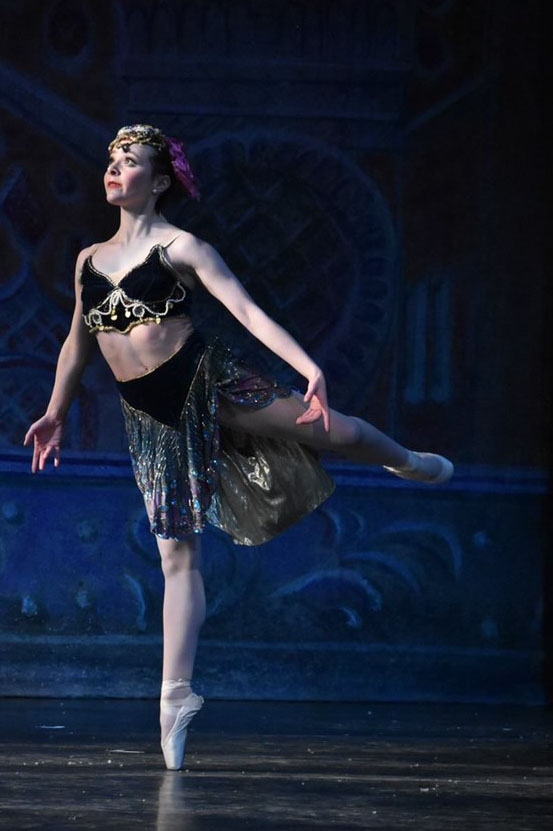 She entered the world of dance at a young age because it runs in her family. “My one aunt was on Broadway, my other aunt danced but never pursued it, and then my great grandmother was the owner of her own dance studio,” said Rinaldi.

She plans to pursue a career in the performing arts. “I’m not even going to college,” Rinaldi said. She is hoping to get a role in Cirque du Soleil in Walt Disney World, or join a company in New York City or Boston. Though the future is still unknown and hearing about her classmates’ acceptances to college has been worrisome, Rinaldi is still optimistic about her chances in the dance industry.

She is most afraid of not making it into a company; however, regardless of whether she ends up in the professional world, she intends to incorporate dance into her life. Rinaldi added that she would be open to choreographing or being a dance instructor in order to keep herself connected to the performing arts.

She looks up to some of her dance teachers from Lowe’s and professional dancers such as Isabella Boylston, who dances with the American Ballet Theatre.

“Not being able to dance every day,” Rinaldi said, “is something I wouldn’t be able to do.” She’s worked hard in both the classroom and in the studio, but she’s had to give up a part of her social life to compensate for her extensive training; however, she wouldn’t change a thing. She also shares a tight bond with other Lowe’s students through their same passion towards performing.

The uncertainty of her future may seem daunting, but she intends to pursue a career that she truly enjoys. Being on stage and performing for an audience is a rewarding experience and Rinaldi doesn’t plan on changing her mind about her pursuits any time soon.