Everyone knows Vozzi, right? btw: His first name is Jacob

Vozzi is deciding between Drexel and Boston University, and wants to go into entrepreneurship or management. When asked who he’s going to miss, he said, “My teachers, coaches, friends, and having no responsibilities.” 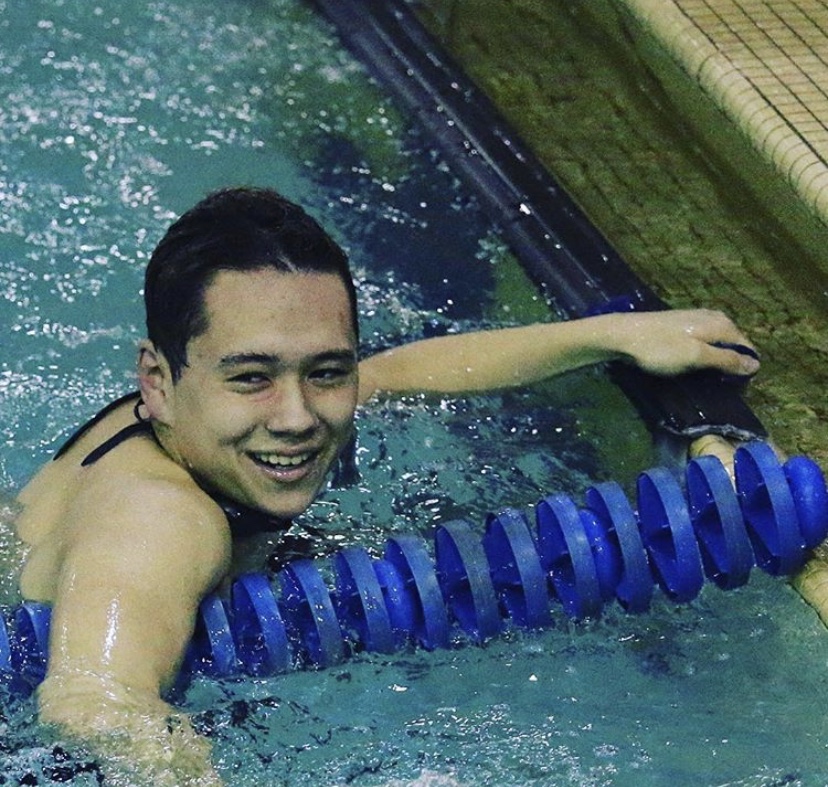 Chances are you may know Vozzi. Well, maybe just not his first name.

“There isn’t one specific reason everyone knows me,” said Vozzi, “I go to many different social events in and out of school. While I’m in class, I stand out entertaining the students, and I’m just an overall nice guy.”

Vozzi isn’t one to stick to one thing. He’s tried several different clubs and sports. He said, “I am in DECA, Interact, and Swimming, but freshman year I played lacrosse.”

In his free time, Vozzi is a typical high school student. “I hang out with my friends, work out, and swim,” he said.

While in school, there are two specific things he looks forwards to. “Hanging out with friends, and the end of the school day,” he said.

But he hates “the lunch detention, and the fact that there isn’t more recognition for swimming.”

“I think the lunch detention policy is terrible,” he said, “it’s filled almost every day and it’s not an effective punishment.”

Because of his strong opinions about the school, I asked Vozzi what he’d change to fix the school if he were in charge. He had a few suggestions. “I would try to get better lunches, recognize every sport for their accomplishment, and get rid of lunch detentions,” he said. He mentioned Mac and cheese as a suggestion.

In his four years at Eastern, Vozzi’s taken something very important away. “I’ve learned the difference between the concepts and actions that matter versus those that are redundant,” he said.

Vozzi is deciding between Drexel and Boston University, and wants to go into entrepreneurship or management. When asked who he’s going to miss, he said, “My teachers, coaches, friends, and having no responsibilities.”

Vozzi has been a figure everyone at Eastern knows, and we’ll miss him when he graduates. For his last piece of advice for those he’ll be leaving, he said, “Do your homework and work hard, you’ll regret it if you don’t.”