Marissa Nissley: Order in the Court

Nissley, now 16-years-old, has no problem opening up about her condition. 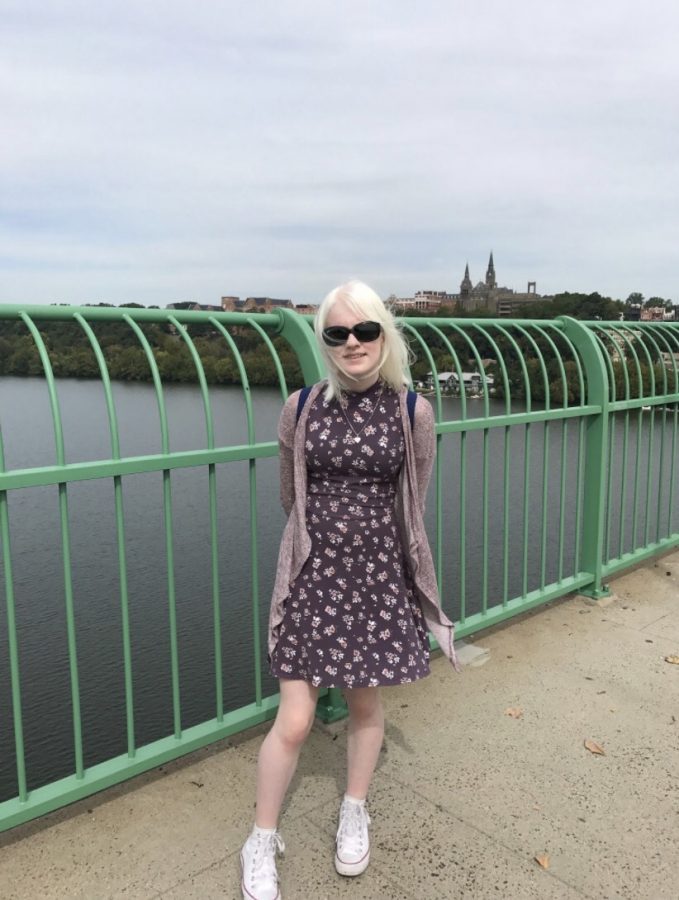 Marissa Nissley is a junior attending Eastern. She was born with albinism. From a young age, Nissley has been very insecure about her situation and often tried to avoid discussing it with others. Nissley, now 16-years-old, has no problem opening up about her condition.

She sometimes still catches peers in the hallway or people in public staring at her, because they either don’t know what albinism is or is perplexed by her appearance, but she doesn’t let that ruin her day anymore.

Nissley has a very strong support system at home and she says without that, she believes she would not have become as nearly as self-sufficient and successful as she is today.

“I feel that my parents have played a major role in encouraging me to do well in school,” she said. “My mom especially made sure I received the accommodations I needed and made sure I was on an equal playing field with my peers.”

Nissley is fortunate enough to be able to see enough to read, she just needs to be up really close to be able to see the writing. She can see whiteboards and screens at a distance but they are typically always blurry so she uses a monocular to help her read what is on them.

She does most of her schoolwork electronically and reads on her iPad instead of reading out of a physical book. She can navigate with little to no assistance.

When asked, she said, “The hardest part about growing up with albinism was that people would often underestimate my abilities just because of my vision.”

Nissley has made the Distinguished Honors list her entire high school career for maintaining straight A’s and is also an attorney on Eastern’s Mock Trial team. She is the Vice President of DECA and just last year qualified for DECA’s National Conference where she visited Atlanta and competed with DECA members throughout the entire country.

Nissley is able to manage between clubs and academics due to time management, something she feels is the most important skill in becoming a successful individual. “I make sure to carefully plan my days and make room for much needed breaks so that I do not burn out,” she said. “I also prioritize my assignments and studying so that I can complete my most important tasks first.”

While she has admitted to being quite a perfectionist when it comes to her academics, she says that she often tries to remind herself that her grades don’t determine her value and that there is more to her as a person than just numbers on PowerSchool.

Nissley sees herself in the future attending her dream college, Georgetown University but she is also looking into the College of William and Mary along with George Washington University. In 10 years, she sees herself graduating from law school and living in Washington D.C..

But while she has started physically and mentally planning for a bright future in college just about roughly two years down the road, there is a subject that would have seemed far into the future to Marissa years ago but now is becoming reality.

Nissley will be turning 17 this year along with all her friends but unlike most of her friends and peers, she will most likely not be eligible to receive a driver’s license. “While I have not been officially evaluated, it is very unlikely that I will ever drive and I do not feel comfortable doing so,” she said. “I hope to ride to school with my friends once they receive their licenses and use Uber when I get older.” But on the bright side, she has never had to stand alone.

She has made some friends from this convention and although most of them live far away and are usually very busy, she keeps in contact with them through frequent phone calls.

When they do visit each other, Nissley says they typically enjoy visiting tourist attractions and watching movies. “I find that spending time with other people with albinism gives me the opportunity to make numerous blind jokes and bond with those who share similar experiences.”