Girls tennis looks to ace their competition this year

Don’t be surprised if they win it all 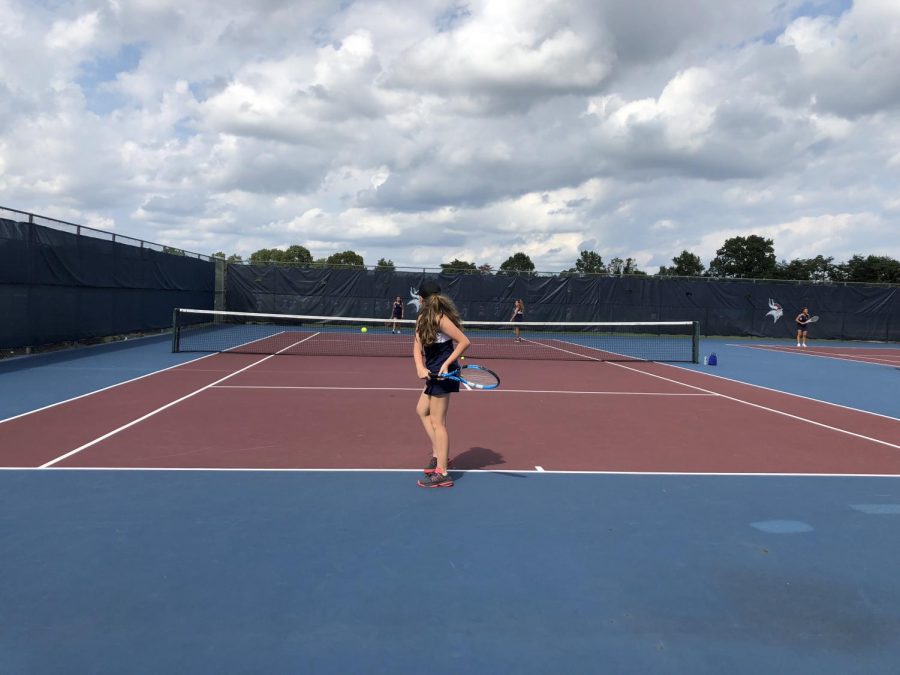 Melody Dias (front), Lexi Levin (back left), and Nadeem Litvak (back right) practice before a 9/10 match against Washington Township.

One year after going deep in the Olympic Conference, with multiple players going to States, this year’s Girls Tennis team looks to build off of an exceptional 2018 season.

Coach Kemery’s goal is for his team to live long into the playoffs. “We always try to get to the semi-finals every year,” he said, “and we’re pretty successful at that.”

Kemery lost many of his seniors to graduation. This year, he looks to rebuild while also improving on the strengths that his team didn’t have last year.

At practice, the team plays in singles and doubles games, while making sure to implement new strategies and support each other along the way. The compassion the girls have for each other is a driving force for the team’s success.

Senior Lexi Levin is excited and ready for the season.

“We have a great team and I really think we are going to do well,” she said. “I think we will hopefully win the conference.”

To contribute to the team, Levin wants to win as many matches as she can and pump up the team with motivation and energy. Her favorite part of being on the tennis team is being with her teammates and experiencing the game with them.

In her previous years on the team, Levin learned that communication is key and winning as a squad is better than winning by yourself.

Melody Dias, a junior, believes being positive and supporting her team is the most important.

“In a match when you just give up, you get a bad attitude,” she said. “By cheering on your teammates, not only do you help yourself later, you also encourage your team, which helps them win.”

Dias knows that you have to keep working hard to get what you want, and that it won’t just be handed to you. This philosophy is true in every sport, and it will hopefully lead the girls team to success this year.

Nadine Litvak is entering her second year of tennis as a sophomore and couldn’t be more excited to play.

“I learned just to play your hardest and just go have fun,” she said.

Levin, Dias, and Litvak will be a part of a new Eastern Girls Tennis team that has their eye on the prize. Don’t be surprised if they win it all.

Of course, they won’t be able to accomplish much without their coach. Coach Kemery’s advice for his girls never changes. “Manufacture success,” he tells them. “Play within your capacity and be aggressive. All those things will provide you an opportunity to win.”