Faith on Theater: A sit down with Dr. Molotsky on fall musical

“A Funny Thing” plays from November 21st to November 23rd. This side-splitting musical will be one comedy you don’t want to miss! 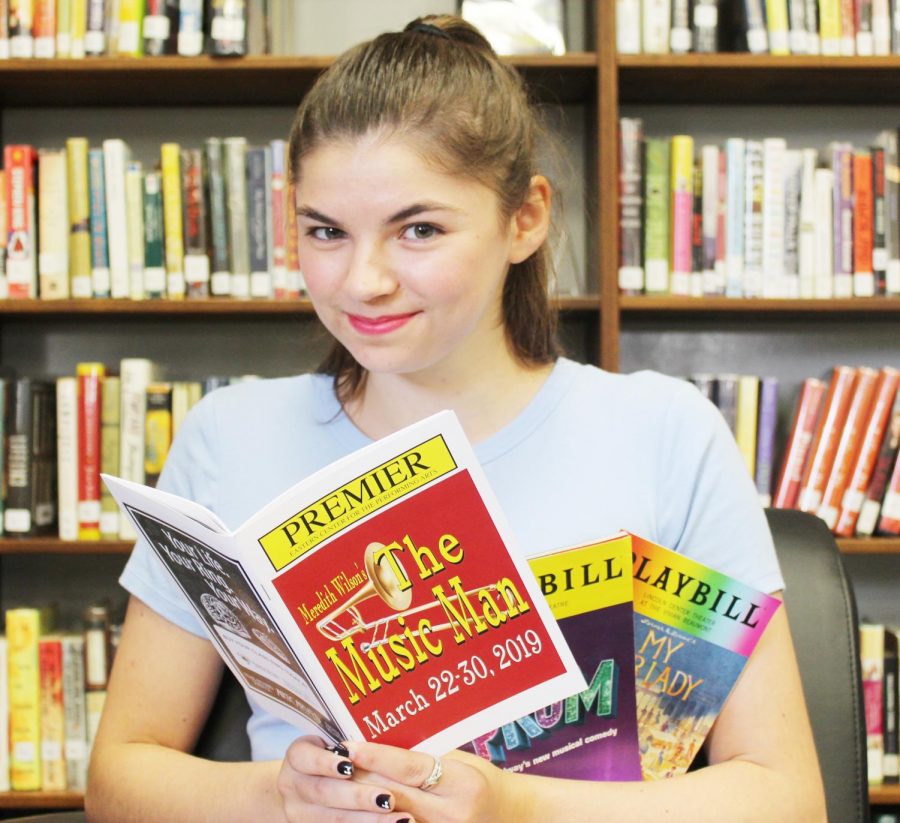 Faith Sirdashney is surely no stranger to theater. She is on stage, a critic in the seats, and a fangirl to so many shows. She will cover all things theater this year in her new column.

“Something for everyone, a comedy tonight!”  This year, the Eastern Theater will be putting on “A Funny Thing Happened on the Way To the Forum” for the fall show.

It’s a fast-paced farce that will hopefully have the audience in stitches. Based on the writings of Roman playwright Plautus, “A Funny Thing” shares the story of Pseudolus, a crafty slave who struggles to win the affections of a virgin, Philia, for his young master, Hero, in order to gain his freedom.

Other characters weave in and out of the story, making Pseudolus’ task much more difficult and funnier. The plot twists and turns from scene to scene, song to song, and hilarity ensues.

I had the opportunity to interview Dr. Gregg Molotsky, heads the theater productions. He believes this year’s fall show will be a contrast from previous fall shows.

What is this show about?

Molotsky: This show is a comedy. It’s about all the things good comedies are about: Young lovers, misdirection, and of course, a happy ending.

What was your inspiration in choosing this show? In other words, why did you choose this show?

Molotsky: I wanted to do a comedy as a counter programming to the contentiousness that currently exists in our society. This show has absolutely nothing to do with politics. There are no political statements being made through this show, plus it’s always good to laugh.

What challenges does this show present?

Molotsky: Comedies are always difficult to put on because they require a strong sense of timing and commitment from the actors. So there’s that. With the fall show, we have student directors. It’s always challenging to do a musical in the fall, but it’s also rewarding.

What is your hope/vision for this show?

Molotsky: This question doesn’t really apply necessarily. The goal for the show is for people to come, have a good time, laugh, and put their worries from outside aside for a few hours.

How did you come upon the decision of allowing students to help direct and choreograph the show?

How were the auditions for this show? Did they make the decision of casting challenging?

Molotsky: Auditions this year were absolutely challenging. More people came out for this show than people have in several years. This does present a challenge, but I’m excited to work with the students.

How do you feel about the seniors this year? The freshmen?

Molotsky: The classes really don’t matter to me. When casting a show, it’s really about presenting the students with problems they haven’t seen yet in high school. Choreography hasn’t been experienced by these seniors, and neither has vocal directing by a student. There’s typically a cycle for the fall show. These seniors first did a children’s show, then to a (kind of) more serious children’s show, then last year was a high intense drama. So now is the chance for a good old fashioned comedy. And since it’s based on the writing of Roman playwright Plautus, it can’t get more old fashioned than that.

What can people do to support the theatre program and the show?Molotsky: There are many ways to get involved besides performing. There’s stage crew, sound and light, and hair and makeup. If not any of those, come see the show.

“A Funny Thing” plays from November 21st to November 23rd. This side-splitting musical will be one comedy you don’t want to miss!