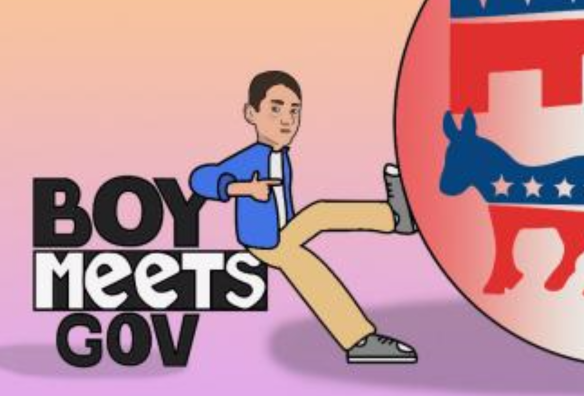 For Donald Trump, one thing is certain: there have been many surprises for the young Trump administration.

There is a vast difference in how much Trump has attempted to achieve and what he has actually achieved in upholding his campaign promises. It is best to break it down by timeline, showing accomplishments and shortfalls.

Trump’s presidency began on January 20 with his Inaugural Address, referred to by many as the “American Carnage” speech because much of it featured Trump speaking about how horrible America is and how he alone can fix it. However, we’re still waiting to see what those fixes will be.

After spending over a month on his “Victory Tour,” where Trump visited the states he won to thank them for their votes (which was very useful), many Cabinet and other executive positions remained vacant and lacked any person set to take the positions. According to The Washington Post, there are 443 positions requiring Senate confirmation that have yet to have a nominee for as of May 27. This is more than any of his recent predecessors at this point.

Trump made many promises for his first 100 days. Of course, when he could not deliver on them, he began attacking the idea of 100 days being a milestone in an administration, nevertheless saying he has accomplished more in 100 days than any modern president in their respective 100 days. Let’s take a look at that…

Trump was quite busy in his first week. Despite the many goals Trump said would be complete on Day 1, the first significant accomplishment was on January 23. As part of his “America First” policy, the United States left the Trans-Pacific Partnership.

This was along the lines of what Trump has been saying during his campaign about trade deals. Although there is no current negotiation with those Pacific countries for trade, Trump did come through on his promise. The next day, Trump issued executive orders reopening work on the Keystone XL and Dakota Access oil pipelines. In spite of complete disregard for environmental effects, this has long been a campaign promise.

The next day, another executive order was issued to begin work on Trump’s initial campaign promise, the border wall across the Mexican border. Later in the day, Mexican President Enrique Pena Nieto reiterated that Mexico will not pay for any wall. As a result, Trump was forced to make a slight change in his plans.

Trump now has planned money in the U.S. budget to be used for the wall. The budget is still yet to be approved by Congress. He states Mexico will eventually pay for it by raising a 20% tariff on all Mexican goods. He fails to realize the harmful effects of this choice. If a wall is eventually constructed in some form, we’d face a major debt increase at best (yes, at best) and a trade war with Mexico at worst.

On January 27, Trump issued his somewhat less unconstitutional version of temporarily banning all Muslim immigration. This suspended the refugee program for 120 days, suspended Syrian refugees indefinitely, and suspended immigration from seven countries for 90 days. This order and its subsequent replacement were ruled unconstitutional by Courts of Appeals.

Trump’s biggest accomplishment as of yet is the successful confirmation of Neil Gorsuch as the next Associate Justice of the Supreme Court to replace Antonin Scalia. Gorsuch is a strict constructionist like Scalia, and his confirmation was an important issue to many Trump voters.

However, along with these promises remain many promises broken.

Trump’s budget includes wide cuts to Medicare and Medicaid to make room for his increase in military spending, despite saying he would not cut funding in those areas. Trump repeatedly attacked the North American Free Trade Agreement (NAFTA), but it is still perfectly intact.

The Iran Nuclear Deal was supposed to be declared void on Day 1, but the deal is still ongoing.

In an interview, Trump said he wants to have everyone in the country be covered by health insurance, but he supported a plan which would cost 20 million people healthcare which would not be lost by the Affordable Care Act.

The plan also allows costs to be raised for “high-risk” people who can not afford care and permits states to opt out of not denying people with pre-existing conditions to have care. And this only is part of Trump’s changes of tune. We’re still waiting on Trump’s big plan to defeat ISIS…

With Trump’s accomplishments, there are plenty of promises Trump broke because he had no real intention of fulfilling them or could not practically, constitutionally fulfill them.

A common criticism of the “lying media” is they only focus on the bad sides of Trump and not any of the good he has done. However, his progress as a whole is limited, and good is entirely based on perspective. Sorry to say what Fox News thinks is good is different than what MSNBC thinks is good.

As a whole, Trump’s 100 days have not been that surprising. It was not hard to know what he actually wanted to do and what he can do. But Trump’s lack of ability to carry through on his stated ideas (which are few) will only lead to a more surprising remainder of his term.

Impeachment even being mentioned for his Russian relations is a major statement. Even if nothing comes of it, a question this big to challenge his administration this early is a major threat to his ability to fully execute anything for his time as president.

President Eisenhower once said, “Accomplishment will prove to be a journey, not a destination.” That journey has just begun, and it is on course to be a short one, even if Trump does not join the club currently exclusive to Nixon.