From the first page Owens’ story is compelling, imaginative, and extremely ambitious for a first novel. 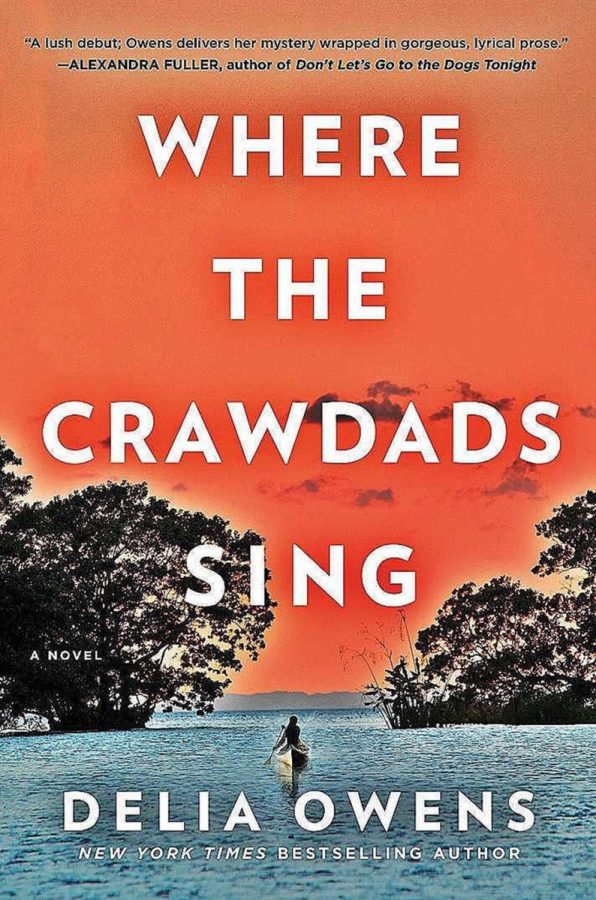 Delia Owens written her novel Where the Crawdads Sing at 70 years old and has not maintained the #1 spot on the New York Times Bestseller list for three consecutive weeks but was included in the bestseller list for six months preceding that.

Where the Crawdads Sing is Delia Owens’ first novel but is not the first book she has written. According to her website, she is a wildlife scientist who has traveled to Africa along with her then husband–now ex-husband– and has co-authored three nonfiction books with him based on their experiences there.

Owens lives in a remote location in Idaho in which she is surrounded by miles of beautiful nature that she has grown to love and appreciate. However, she says in a CBS interview. “I get so lonely sometimes I feel like I can’t breathe.” yet even that feeling she has grown to like in a way–which is why she has decided to write a novel exploring her conflict with nature.

The inspiration behind Where the Crawdads Sing was a phrase Owens’ mother used to describe the connection that one can form between nature–a sense of limbo between insanity and peace.

On the same CBS interview Owens said: “I would watch the lions in the late afternoon, the sun setting behind the dunes, and they’d be playing and tumbling with their cubs and each others’ cubs,” she said. “And it made me think about my girlfriends back home. It made me realize how isolated I was not to have a group. And that was one thing I wanted to write about in my novel, was the effect that isolation and loneliness can have on a person.”

Owens transforms the loneliness within her own life into an entertaining story about Kya as she battles loneliness, relationships, and survival on a Carolina marsh in the 1950s after she was abandoned by her family. Owens doesn’t hesitate to not only include a muder mystery, a love story, to further develop Kya’s character, but also interweaves these elements so masterfully within the plot that it’s nearly impossible to call Owens a newbie author.

Kya uses the marsh as a guide for her life: she studied, observed, and noted all that she could with all the live subjects available to her at the marsh. Owens description of the marsh on every page is so detailed and specific that it’s no wonder that she is a wildlife scientist and this is what her life revolves around: and it naturally becomes Kya’s too.

From the first page Owens’ story is compelling, imaginative, and extremely ambitious for a first novel. Furthermore, Owens’ story focuses on the importance of nature as well as its beauty: “On the morning of October 30, 1969, the body of Chase Andrews lay in the swamp, which would have absorbed it silently, routinely… A swamp knows all about death, and doesn’t necessarily define it as a tragedy, certainly not a sin. But this morning two boys… spotted his denim jacket.”

This novel encourages the preservation of nature, and the motives of perseverance, faith, hope, and love all wrapped up into a beautiful story. Owens’ concluding words: “Kya had been of this land and of this water; and now they would take her back… way out yonder, where the crawdads sing.”