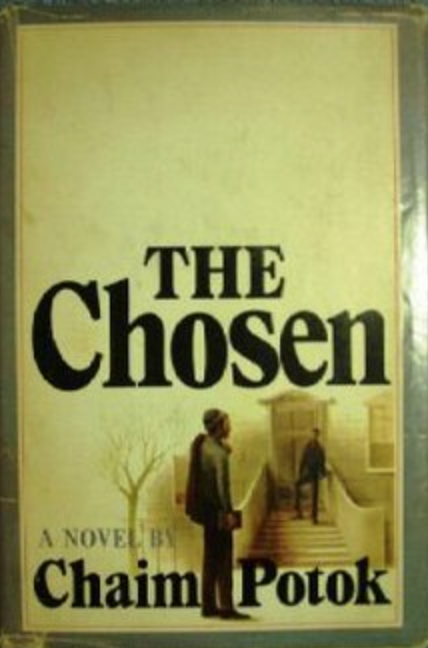 In the Jewish religion, there are many rules and guidelines that the Jewish people follow. Whether it be eating kosher, observing Shabbat, going to the synagogue every week, or lighting the candles every Friday night the boys in the novel express the traditional Jewish lifestyle and what it entails.

Leah Levitt, Special to The Voyager

The Chosen by Chaim Potok traces a friendship between two Jewish boys, Reuven Malter and Danny Saunders growing up in Brooklyn, New York at the end of World War II. The novel tells the story of a friendship that develops between the two boys and examines the tensions that arise as their Jewish religion collides with each other and with modern American society.

I have noticed many parallels between the novel and myself as it has impacted me and has been able to relate to The Chosen greatly. As both Danny and Reuven struggle to find themselves in this world, religion and society come into question.

The boys first meet at a softball game where they are on opposing teams. The two teams have a rivalry based on their different religious beliefs. Danny is a Hasidic Jew and Reuven being a traditional Orthodox Jew. The Hasidic Jews are very strict with their values within the religion and live a more traditional lifestyle that consists of dressing a certain way, the men having earlocks, devoting themselves to G-d, and falling into tradition with each generation that goes back centuries.

The traditional Orthodox Jews still devote themselves to G-d but have a more modern approach to life. They can have conventional jobs whereas most Hasidic boys are told to be rabbis from the day they are born and the girls are told to be housewives. Reuven’s father, an Orthodox Jew as well as Reueven announced “What annoyed him was their fanatic sense of righteousness, their absolute certainty that they and they alone had God’s ear, and every other Jew was wrong, totally wrong, a sinner, a hypocrite, an apikoros, and doomed, therefore, to burn in hell” (Potok 24).

As shown in the quote above, the Orthodox Jews feel as if the Hasidic Jews think they are better than everyone else. Although they are technically the same religion, the traditional Orthodox Jews and Hasidic Jews have some different values including how they live their lives, what they do in regards to worshipping G-d, etc. The two boys become fast friends after the game and their friendship lasts throughout the entirety of the novel. The boys encounter many problems that question the way they want to live their lives but in the end, the two break the standards for both ways of life by Danny, the Hasidic Jew becoming a Psychologist, and Reuven, the Orthodox Jew becoming a Rabbi.

In the Jewish religion, there are many rules and guidelines that the Jewish people follow. Whether it be eating kosher, observing Shabbat, going to the synagogue every week, or lighting the candles every Friday night the boys in the novel express the traditional Jewish lifestyle and what it entails. I can relate to this because I go to an orthodox synagogue as well as both boys, which means that the observation of each Jewish holiday, the importance of living a life devoted to G-d and being a good Jew are all emphasized more in orthodox synagogues rather than synagogues that are not so religious.

Even though my family and I do not practice the religion sacredly, I know how constricting this way of life can be. I can see many parallels between myself and the novel because of the connection that I and the boys in the novel are Jewish. We have the same customs, celebrate the same holidays, and believe in the same things. Seeing Danny and Reuven break out of the social norms that the public places on you especially the Jewish culture impacted me, empowers me, and shows if you want to do something in life you should pursue it and not listen to society and its standards.

Modern American society places many expectations on the people living in it. Whether it be having to look a certain way, act a certain way, get a specific job, or live a specific life, the status quo can be destructive for the citizens of the community. The novel speaks about these standards and how toxic they can be sometimes. “The world kills us,” he said quietly.” Ah, how the world kills us.” … “The world drinks our blood,” Reb Saunders said. “How the world makes us suffer” (Potok 190).

The expectations placed by society are practically killing the people of this world said Danny Saunders’s father, Reb Saunders. The Chosen uses the status quo of the society in Brooklyn of 1967 and explains how harmful it can be to its people.

Overall, The Chosen by Chaim Potok shows a friendship between two boys that are trying to find their way in life. As Danny Saunders and Reuven Malter grow into men throughout the novel they realize their passions and how living in the community that they are living in can be very controlling. The boy’s breakout of the societal norms and pursue their dreams, Danny becoming a psychologist and Reuven becoming a rabbi.

The novel teaches many things, as well as emphasizing society and what is wrong with it.