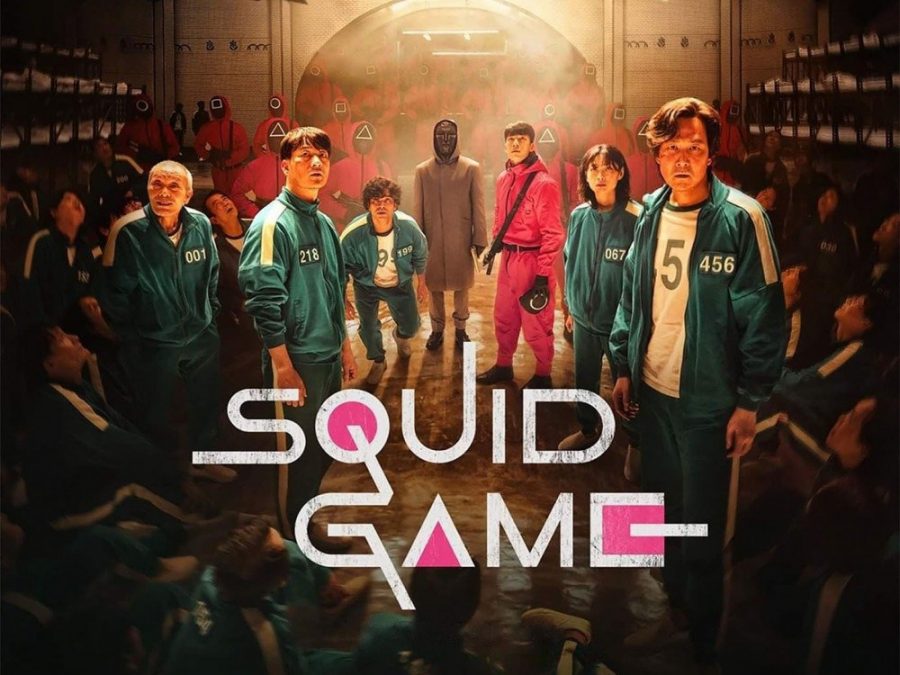 Losing a game of red light green light isn’t usually followed by a gunshot. For the impoverished contenders of Squid Game, though, the slightest inch of movement equates to instant death.

By the end of this nine-episode series, viewers will come to expect a gunshot at every corner.

The real question is, can a gunshot really compare to 50 slaps to the face? Featured in the first episode is acting veteran, Gong Yoo, who cheerily approaches the lower caste of Seoul, South Korea with a game proposal. Win a round of ddakji, win 100,000 won; lose a game, win a slap to the face.

To an imperfect protagonist like Seong Gi-Hun, any amount of money is welcome amid his rising debts to loan sharks. With the expense of his mother’s surgery lurking at the back of his mind, Gi-Hun agrees to join a “bigger event” with even more opportunities in terms of money prizes. As he is unconsciously transported to a remote island, he and 456 others wake up in “Squid Game.”

And that’s exactly what this korean drama is: a game. A psychological game wrapped in clouds of human misfortune.

A North Korean refugee, a fallen university student, a gang leader, or an unfortunate son and father; this series strikes into the core of the wretched lower caste of South Korean Society.

As the episodes roll on, the show sheds light on capitalist exploitation in this small peninsula. Just as the poor are left fending for themselves at the bottom of the ladder, the contestants of “Squid Game” are continually faced with deadly challenges at the expense of their moral sanity.

Sang-Woo’s decision to replace Ali’s bag of marbles with a bag of pebbles was atrocious in terms of ethics, but understandable in this game of survival.

Sacrificing morals for survival is an unfortunate aspect of human reality, and all of the games in Squid Game are proof of this.

As children, the Glass Stepping Stone Game and the Marbles Game were light-hearted games that would last until dinnertime. When adults played it however, the nuance of the games became clear: survive to win.

Even a married couple, when faced with the Marble Game, was left only with the husband walking away from the neighborhood set with his hands covered in the “blood” of his wife.

As the plot deepened, viewers began to see an inside operation existing within the guards of the game: organ trafficking (whether this is worse than manipulating human lives, you can decide).

This inside operation sent Byeong-gi, essential surgeon to the operation, into the games and continually gave hints on how to survive them, ensuring his safety throughout a good amount of games. Isn’t this quite similar to how capitalist exploitation looks like in current society?

If an individual with almost no integrity has deep pockets and holds value to higher society, they can “cheat” through life in the blink of an eye. On the other hand, an individual filled with potential and integrity might be ignored just because their pockets aren’t as deep.

In a terrifying game of ethics, “Squid Game” shows just how morally wrong humanity is when faced with deadly trials. No sugar-coating, only gunshots and beautiful schemes of betrayal.