Starting with the Class of 2022, everybody will wear the same gown — no matter their gender. 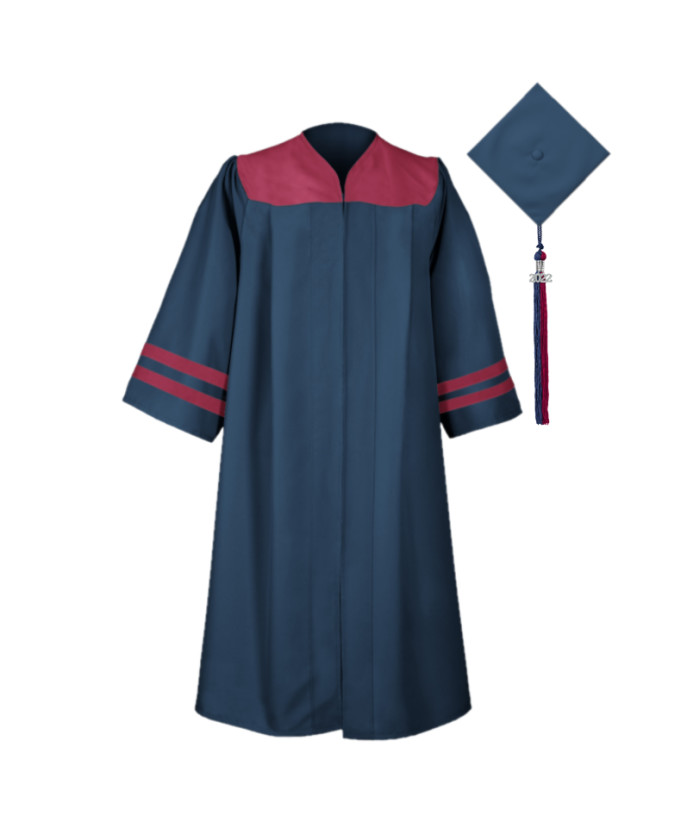 The new design incorporates both cardinal and navy with two cardinal stripes on each sleeve and a block of cardinal around the collar area.

Fashion is more than clothing items. It’s an expression of the individual.

Everything from the colors to accessories is an extension of oneself and can be used to reflect moods, opinions, and identity. Fashion gives people the freedom to be themselves.

But what happens when this expression is limited by stereotypes and stigmas? Certain clothing items are associated with different genders, like skirts and dresses typically being seen as “girl clothes.” This can make getting dressed everyday hard for people who are transgender or are questioning their identity.

In recent years, there has definitely been a shift towards making fashion more inclusive and accessible to all. Stigmas around boys wearing skirts and girls wearing suits are slowly breaking, but the key word here is slowly. These ideas are rooted in society and are still around today.

Fashion should be a judge-free zone where you can wear anything you want — no matter your gender. Separating gender through clothing is harmful to those struggling with finding their identity.

This has sparked debate amongst schools who use different colors for graduation gowns. How should colors be assigned?

Here at Eastern, we have traditionally followed assigning by gender: boys wear navy and girls wear cardinal. But what about those who identify as non-binary? Or those who are transgender but aren’t ready to come out yet? This puts many students at Eastern in a tough position: do they wear the color of the gender they don’t identify with and hide their true selves, or wear the color of the gender they associate with and be forced to come out to their family and friends?

In efforts to be more inclusive, Eastern has decided to change their graduation gown to a uniform, two-toned look. Starting with the Class of 2022, everybody will wear the same gown — no matter their gender.

Eastern isn’t the only school to make this switch. High schools across the country are moving away from assigning gowns by gender to implement equality for their transgender, non-binary, and questioning students.

“In the last couple of years, we’ve seen districts in the area make this shift,” said Principal Dr. Tull.

Eastern’s decision has been in the making for some years now. The discussion started a couple of years ago amongst administration.

“We want to make sure we’re staying current and representing the graduating class,” Dr. Tull said. “We are all one class, so creating that united look was more important for us.”

Districts across the country have taken other approaches to eliminating gender-based gown assignments. Some have kept the school’s two colors, instead assigning them alphabetically. Others have let students choose which color they want to wear. Eastern’s uniform gown is “unique,” as Dr. Tull called it.

The new design incorporates both cardinal and navy. The gown is navy and has two cardinal stripes on each sleeve and a block of cardinal around the collar area.

“We wanted the design to reflect our school and have a dignified look,” Dr. Tull said.

In addition to being more inclusive, the one single gown makes it more feasible for administration when ordering. They don’t have to worry about the wrong color being ordered, and siblings will be able to pass gowns down — no matter their genders. As of mid-February, around 400 graduates have placed their gown orders. The price will increase by $10 on March 1st for the remaining 100 who have yet to order.

The new gown is something that “celebrates students,” Dr. Tull said. It’s an inclusive look that is here to stay.