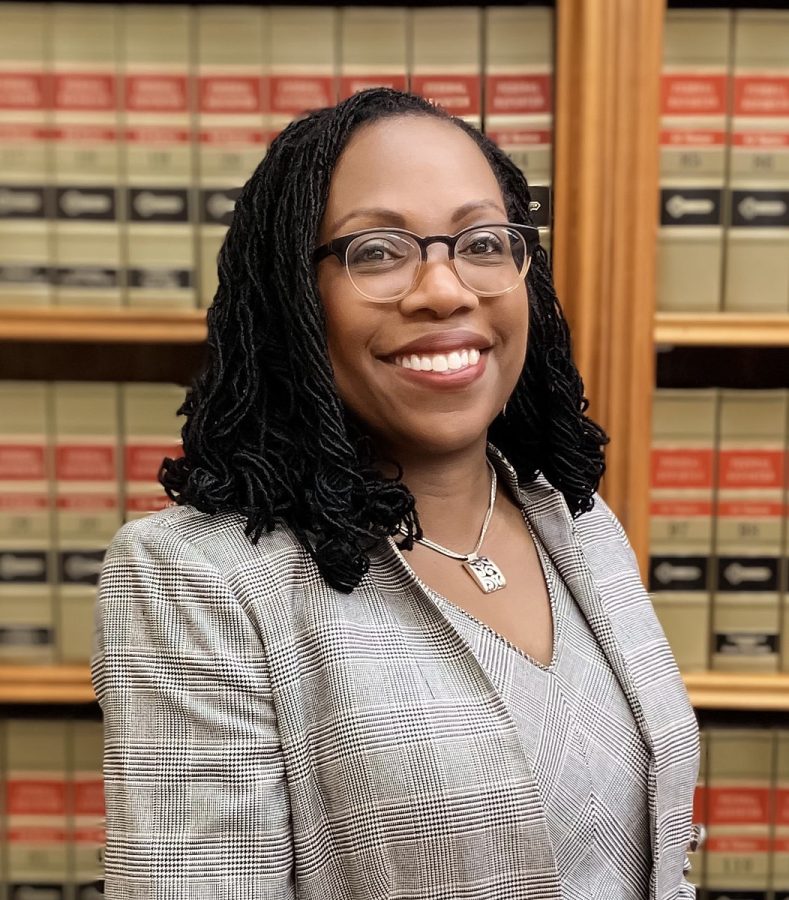 Ketanji Brown Jackson has been nominated for the Supreme Court and her credentials speak for itself.

History could be made once again. Following Justice Stephen Breyer’s retirement, Ketanji Brown Jackson was nominated by President Joe Biden to fill his seat and could be the first Black woman named to the nation’s highest court with the nomination hearing later this month. She has begun courting lawmakers, meeting privately with both Republicans and Democrats.

Funnily enough, she clerked for Supreme Court Associate Justice Stephen Breyer, whom she will replace if she is confirmed. Jackson has explained that she could never fill Breyer’s shoes, but as a young lawyer in the 1990s, she unknowingly was on a destined path to continue what she has called his “civility, grace, pragmatism and generosity of spirit.”

Serving in the U.S. Court of Appeals and having served eight years as a U.S. District Court Judge for the District of Columbia (from 2013 until June 2021) are two of Jackson’s strongest accolades on her bolstering resume for her nomination, however her experience as a public defender is an asset that can be overlooked as well.

Not only that, but Dozens of the nation’s top law enforcement officials have signed a letter addressed to the chairman and ranking member of the Senate Judiciary Committee — including former New York Police Department Commissioner Bill Bratton and former NYPD official Ben Tucker, who just retired as highest-ranking Black official in the nation’s largest department, urging the U.S. Senate to confirm Judge Ketanji Brown Jackson to the Supreme Court. “Such direct familiarity with the experiences and challenges of law enforcement enriches her understanding of criminal justice issues,” the letter states.

Through all of these raving reviews one has to wonder, how would she actually make her decisions if she were to be approved to the supreme court? According to President Biden, “Her opinions are always carefully reasoned, tethered to precedent and demonstrate respect for how the law impacts everyday people,” Biden said. “It doesn’t mean she puts her thumb on the scale of justice one way or the other. But she understands the broader impacts of her decisions, whether it’s cases addressing the rights of workers or government service. She cares about making sure that our democracy works for the American people. She listens. She looks people in the eye — lawyers, defendants, victims and families — and she strives to ensure that everyone understands why she made a decision, what the law is, and what it means to them. She strives to be fair, to get it right, to do justice.”

Though the nomination in itself is historic, the choice of Jackson will not change the ideological makeup of the court. The court currently has six conservative justices and three liberal justices, and the retiring Breyer comes from the liberal side, plus she has experience working for him and most likely share similar ideologies.

Last year, she was on the unanimous circuit panel that ordered disclosure of certain Trump White House documents to the House January 6 committee and she also ruled against Trump policies that expand the categories of non-citizens who could be subject to expedited removal procedures without being able to appear before a judge, surely proving to be more Democratic.

However, the court is already assured to continue its turn toward the right with high-profile cases and rulings expected from the court in the coming months on abortion, gun control and religious liberty issues because of the Republican majority steming from Former President Donald Trump’s nominations of Neil Gorsuch, Brett Kavanuagh, and Amy Coney Barrett to the courts during his presidential term.

Though her nomination has been well received by many, there are still few that criticize the nomination as being a way for President Biden to fulfill his campaign promise instead of actually going based off of credentials solely.

One main criticizer of Ketanji’s nomination is none other than Fox TV host Tucker Carlson. Similar to rumors Donald Trump spread about Obama’s college grades during the 2012 election, Carlson demanded that Judge Ketanji Brown Jackson, a Black woman, a nominee for the Supreme Court, prove that she is qualified. He demanded that she show her papers, saying on Fox News, “It might be time for Joe Biden to let us know what Ketanji Brown Jackson’s LSAT score was. How did she do on the LSATs? … It would seem like Americans in a democracy have a right to know.”

Much to Carlson’s dismay though, even some conservatives have conceded she was an excellent pick such as Senator Josh Hawley and former federal judge J. Michael Luttig.

Of course, the Supreme Court should be made up of the most qualified, experienced jurists, but there’s no doubt according to many endorsements at the top of their fields that Jackson is one of them. All the evidence available — her Harvard Law School degree and position as an editor of the law review, her three federal clerkships, her years as a public defender and trial court judge, her more recent elevation to the U.S. Court of Appeals for the D.C. Circuit — speaks for itself.

As for Biden’s take, “For too long, our government, our courts haven’t looked like America. I believe it’s time that we have a court that reflects the full talents and greatness of our nation with a nominee of extraordinary qualifications, and that we inspire all young people to believe that they can one day serve their country at the highest level.”

As for the nomination process, Democrats will need all their members in Washington to ensure her confirmation along with the hope that Jackson can garner bipartisan support. Because Democrats have a sure 50 votes in the Senate, many pundits expect Vice President Kamala Harris to be the tiebreaker for Jackson’s confirmation if needed, but this may not have to happen if Jackson can get huge support from a significant number of GOP senators as she did for her District Court appointment in 2013 after being nominated by Barack Obama.

Sens. Lisa Murkowski of Alaska, Lindsey Graham of South Carolina and Susan Collins of Maine all voted for Jackson last summer when she was confirmed as a circuit court judge on the US Court of Appeals for the District of Columbia, the second most important court in the country so it’s more likely than not that the nomination will end up going through and history will be made.